Recently, I have been consulting via Twitter. “What backup software do you recommend? Any suggestions for backup software?” I was stumped. “I think there is a lot of backup software, but I personally recommend AOMEI Backupper.” I answered. 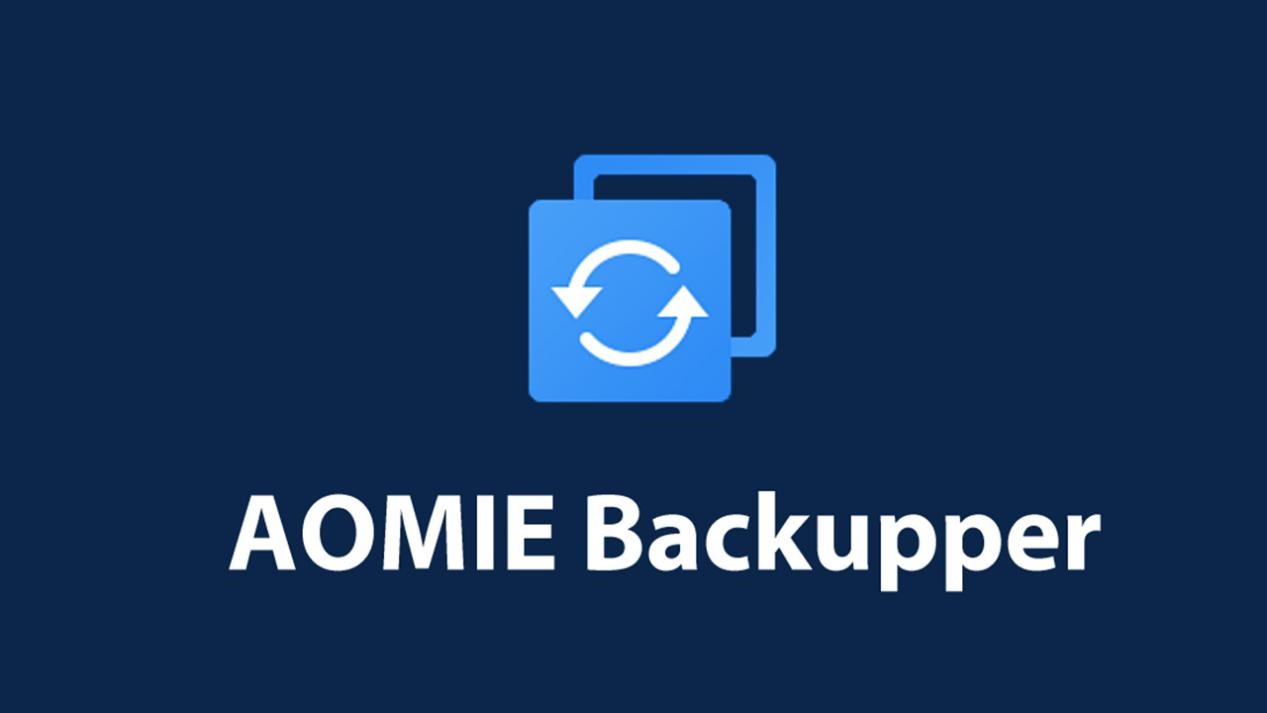 Differential backup means saving only the parts that have changed since the file was last saved. It only saves differential files, it is faster and requires less space than a full backup. There are various other restrictions, so if you want to get the most out of the software, I recommend upgrading to the professional version. But for personal use, the free standard edition is sufficient.

How to Do a System Backup with AOMEI Backupper?

We often encounter system crashes in our lives and work. Next, I will show you how to use AOMEI Backupper to back up the system to back up system files.

Step 1. Download AOMEI Backupper and launch it. Under the Backup option of the left menu, click “System Backup”. 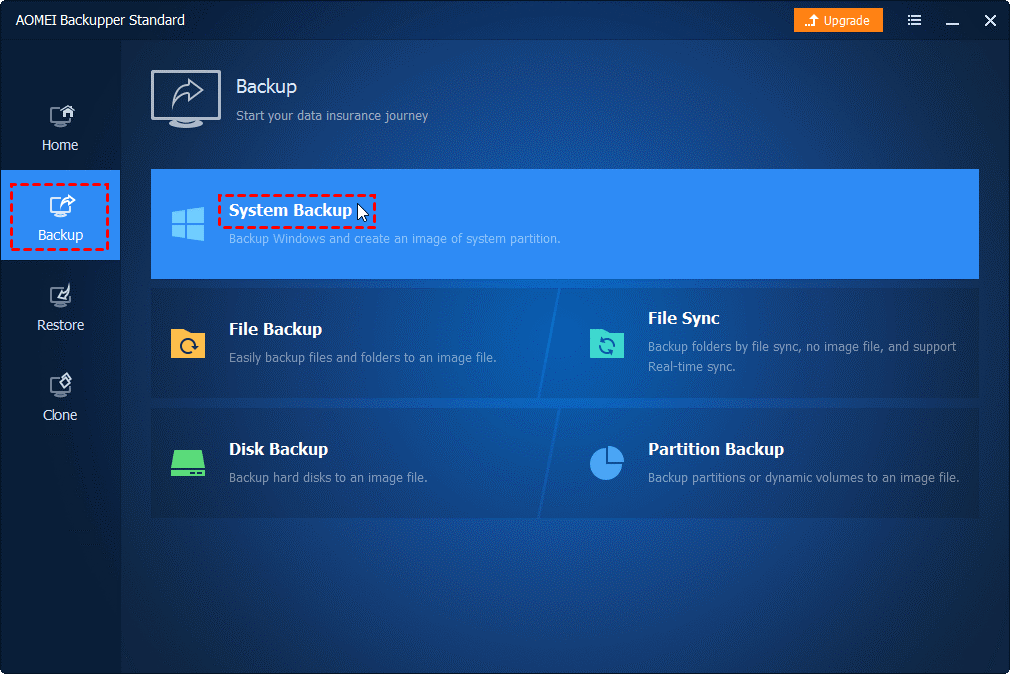 Step 2. To distinguish it from other backup tasks, you can modify the “Task Name”. You will find that AOMEI Backupper has automatically selected the system drive and boot drive as the source partition. Then select the destination path (local disk, external drive, cloud drive, etc.) to save the system image file. 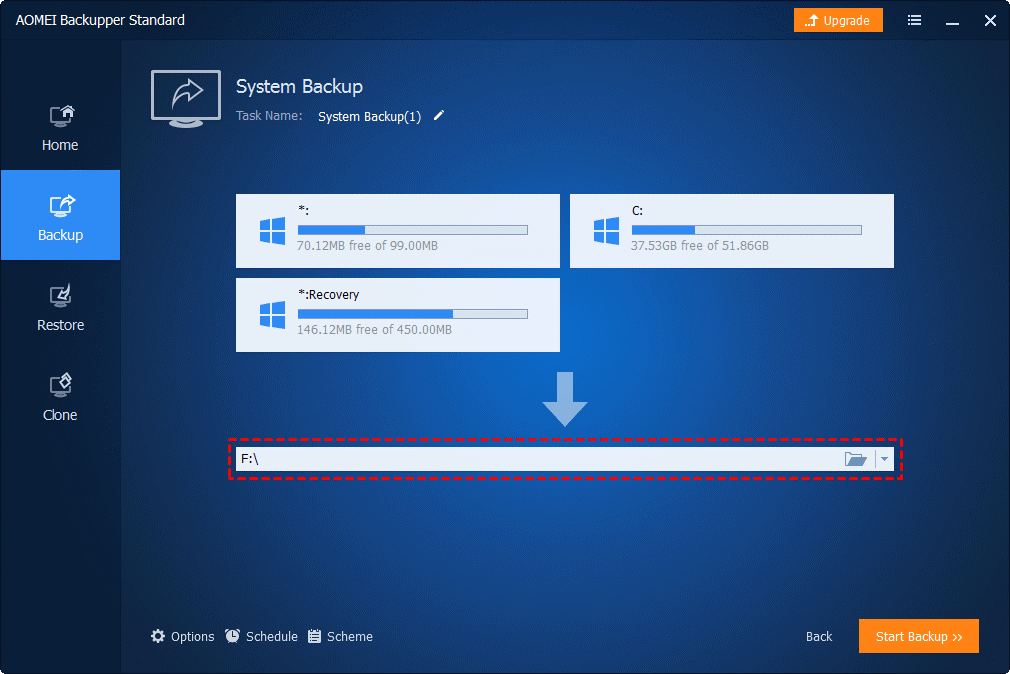 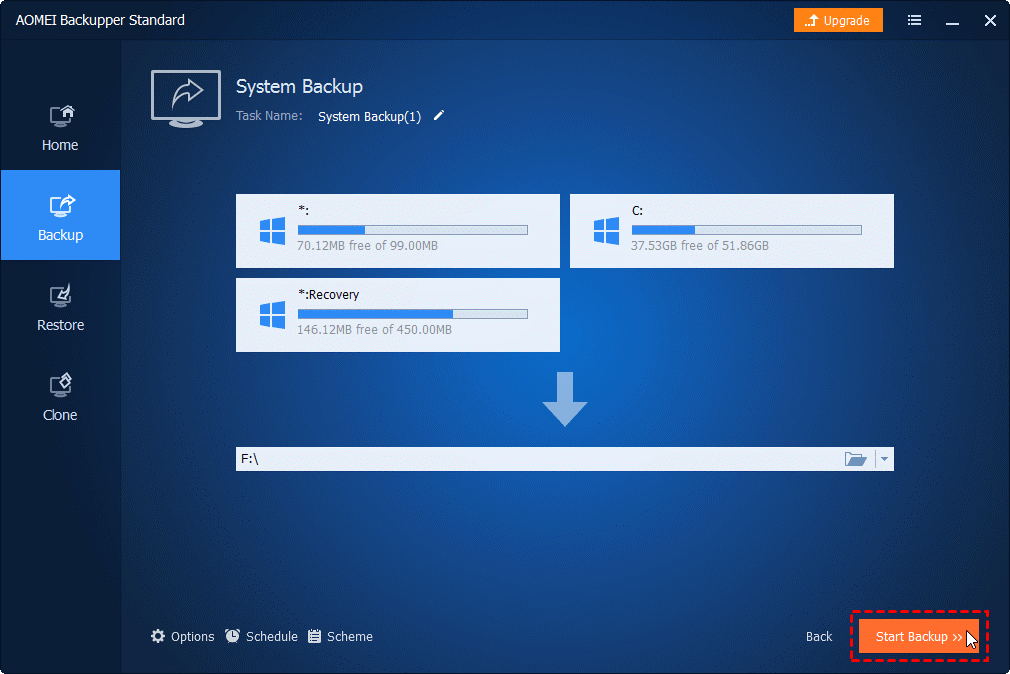 Backup time is something we must consider. It takes time to complete the first full backup like any other software. However, it only takes a few minutes after that when you use only incremental/differential backups. So I don’t think you have to worry every day.

The next reason to recommend is the precise timing of backups. AOMEI Backupper not only has the standard features of backup software, but also has an accurate schedule, and allows you to start backup work at any time you want, such as when the PC starts up before the power is about to shut down, or when a USB memory is inserted. 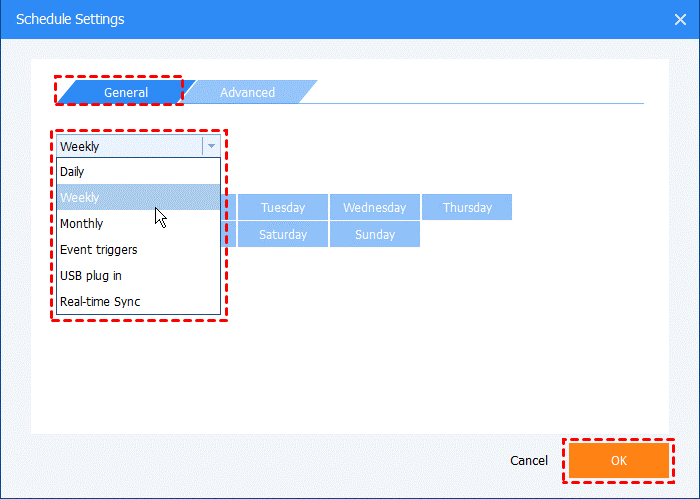 Smart sector backup function: Suppose you have a 1TB hard drive and have used 500GB and 500GB of free space. Normally, if you apply a backup to the entire disk, it will be a 1 TB backup, but with the smart sector backup feature, you can record the used 500 GB backup, which will greatly reduce backup capacity and backup time. What’s more, the real value of this software is that beginners can use these features almost without knowing it.

The fourth reason to recommend AOMEI Backupper is the professionalism of AOMEI. AOMEI is a PC software manufacturer specializing in the field of backup and disk management. It is a company with a strong pursuit of technology, and it has shown great interest in improving performance.

The above is my review of AOMEI Backupper and why I recommend this software. AOMEI Backupper is a backup software that is worth downloading. It is also a professional disk cloning software that can help you clone disks without having to convert the disk partition structure in advance, because it allows you to copy MBR disks to GPT disks, and completes multiple operations for you. It is easy-to-use and keeps the data intact during the backup and clone process, saving you time and effort compared with installing the system and all applications again.

There are too many backup tools on the market, and AOMEI Backupper has earned its reputation among thousands of users worldwide. If you are still looking for a tool to regularly back up important data, if you plan to replace the hard drive, or if you want to save and restore data in batches, AOMEI Backupper is indeed your best choice. AOMEI Backupper Standard is still completely FREE and has enough features for us to use. Today I share AOMEI Backupper with you, I hope you can try it and benefit from it.