In this article, we will teach you three simple tricks that will help you successfully get through any estimation or market sizing question in product management interviews.

Check out My Product Mentor’s comprehensive guide to find out more about interviews for product management, how to prepare for them as well as the skills generally needed to be a successful product manager. 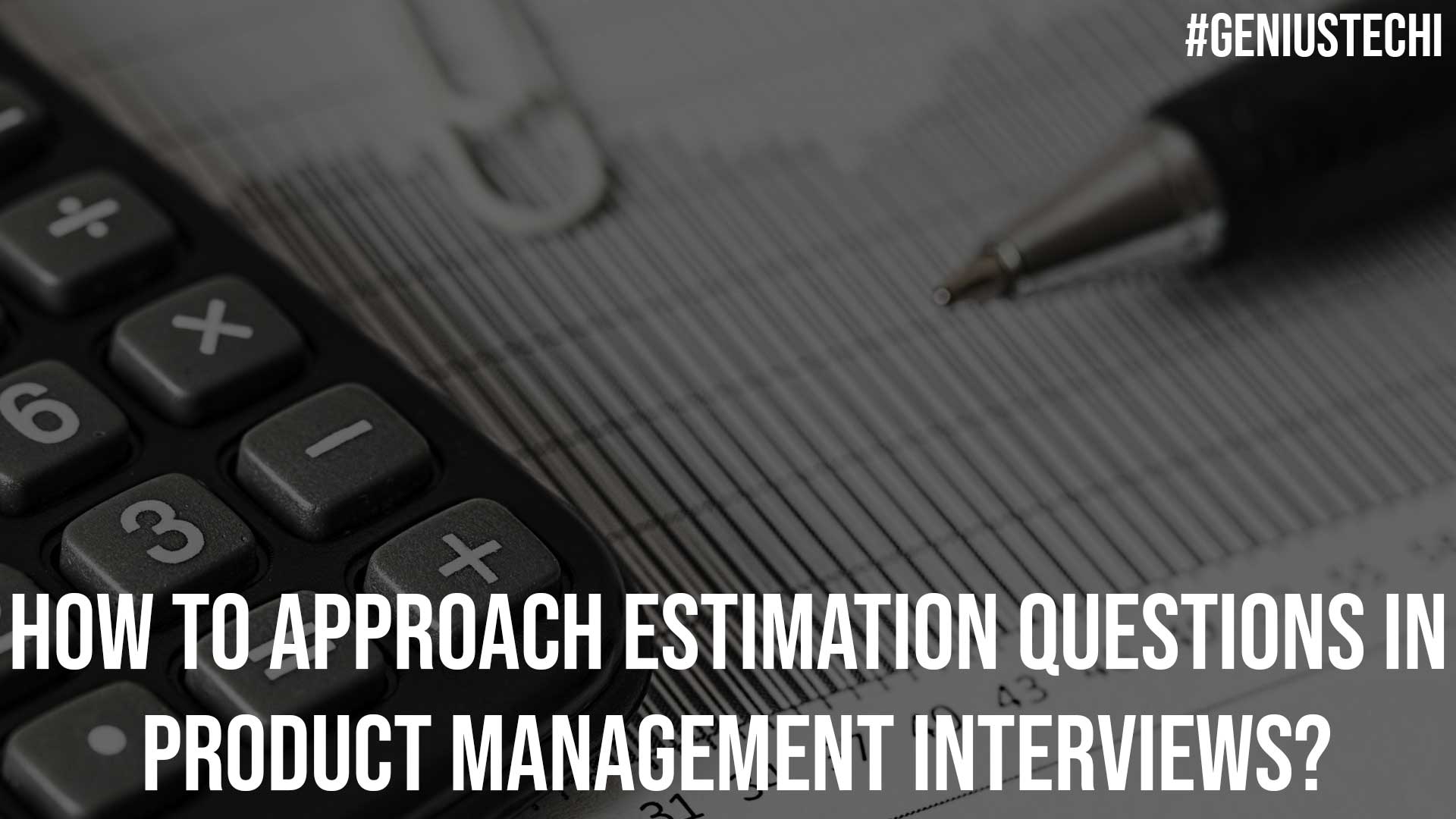 So let’s go ahead and jump in.

Tip number one is to round, early, and round often.

The reason this is important is that rounding the numbers you’re working with makes the math that you’re going to do significantly easier. Besides, interviewers aren’t concerned with seeing you go through super tedious steps – what they want to see is that you can build a reasonable estimate that is directionally accurate.

Let’s take an example. Imagine you’re trying to estimate the number of food deliveries that happen daily in New York. As a starting point, you can take the population of New York – 8.5 million. So you could start your estimate using that number.

But if you think ahead a little bit you might realize that you might use that number to get to the number of households there are in New York City, and then segment the households by how many use food delivery or don’t and the frequency they do.

So by thinking ahead you realize that working with 8.5 million is going to be a little bit tough, especially if your next estimate is that the number of people per household is three.

What you could do in this scenario is immediately round up the number to 9 million, especially knowing that the next step is going to be to divide by three people per household, which is going to give you a nice clean number to work with, and retain the directional accuracy that you want in a question like this.

Also Read: Things That can go Wrong When Hiring a Resume Writer

If you are trying to size that particular market and you use a bottom-up methodology, you would start by thinking about individuals in New York City and what their food delivery habits might be.

In the beginning, this might be fairly easy to think about. For example, you might have a friend who lives in New York City, is fairly busy with work, so he probably orders delivery once a day. You also know some people like to cook. They don’t like food delivery or find it too expensive. So they probably never use food delivery. Then some other people maybe use it when it’s convenient or not.

The challenge of this approach is that once you’ve thought through all those cases (which forces you to think about all the use cases from the get-go) is that you then need to figure out how many people are there in New York City who is similar to your friend – 10.000, 15.000, 100.000, 1 million?

You then need to do that for every single use case, which is a lot of detailed estimating, which opens up a lot of different stages where the estimate could go wrong.

If you flip the problem on its head and come at it from a top-down perspective, you start with the overall population of New York.

You round it up to 9 million and assume there are 3 people per household, which means you have 3 million households in New York.

Approaching the problem in this manner gives you a way to structure and whittle down the universe that is still going to give you the level of directional accuracy you want without getting into super detailed assumptions about how many people there are, like your particular friend, in a given city in this particular case.

Generally, critical thinking is much more important than knowing facts in isolation. However, for market sizing and estimating questions, there is a big exception because knowing some key facts and figures is helpful for the following two reasons:

3.1 You Need a Starting Point

If you want to do a top-down estimate you need to know where to start.

For example, populations are really useful. Knowing the population of the United States is roughly 330 million or the population of China is 1.3 billion roughly, or the global population is 7 billion can be helpful when you need to make those top-down assumptions.

3.2 You Need Some Benchmarks

It’s really helpful to have some numbers and benchmarks so that you can sanity-check the answers that you’re coming up with.

If you know that a company like Wal-Mart, which is the biggest retailer in the world, does around 500 billion in sales annually, it gives you something that you can triangulate on and you can say, that you estimate they do about five percent of the revenue Wal-Mart does.

The good news is that this type of question is that you can get better with target practice and taking these tips to heart.

The good news is there are ample opportunities to find practice daily.

For example, if you open up The Wall Street Journal and see an article that says the Ford Motor Company did X billion dollars in revenue in a particular year, take that number stored away in your memory and do a market size and drill to see if you can come up with that number.

Use the tips that we went through: round early and often, look for opportunities to make that math easy, use a top-down approach, and know some of your key facts and figures.

As ever, the best way to practice is with an experienced coach, so be sure to check out our mentoring programs!